We are glad to welcome the following plenary speakers at WSA 2016: Mérouane Debbah entered the Ecole Normale Supérieure de Cachan (France) in 1996 where he received his M.Sc and Ph.D. degrees respectively. He worked for Motorola Labs (Saclay, France) from 1999-2002 and the Vienna Research Center for Telecommunications (Vienna, Austria) until 2003. From 2003 to 2007, he joined the Mobile Communications department of the Institut Eurecom (Sophia Antipolis, France) as an Assistant Professor. Since 2007, he is a Full Professor at CentraleSupelec (Gif-sur-Yvette, France). From 2007 to 2014, he was the director of the Alcatel-Lucent Chair on Flexible Radio. Since 2014, he joined the Huawei France as director of the Mathematical and Algorithmic Sciences Lab. His research interests lie in fundamental mathematics, algorithms, statistics, information & communication sciences research. Bertrand M. Hochwald was born in New York, NY. He received his undergraduate education from Swarthmore College, Swarthmore, PA. He received the M.S. degree in electrical engineering from Duke University, Durham, NC, and the M.A. degree in statistics and the Ph.D. degree in electrical engineering from Yale University, New Haven, CT. From 1986 to 1989, he worked for the Department of Defense, Fort Meade, MD. After completing graduate school he was a Research Associate and Visiting Assistant Professor at the Coordinated Science Laboratory, University of Illinois, Urbana-Champaign. In September 1996, he joined the Mathematics of Communications Research Department at Bell Laboratories, Lucent Technologies, Murray Hill, NJ where he was a Distinguished Member of the Technical Staff. In 2005 he joined Beceem Communications, Santa Clara, CA, as their Chief Scientist, and in 2009 as Vice-President of Systems Engineering. He served concurrently as a Consulting Professor in Electrical Engineering at Stanford University, Palo Alto, CA. In 2011, he joined the faculty at the University of Notre Dame as Freimann Professor of Electrical Engineering.

He received several achievement awards while employed at the Department of Defense and the Prize Teaching Fellowship at Yale University. He has served as an Editor for several IEEE journals and given plenary and invited talks on various aspects of signal processing and communications. He has co-invented several well-known multiple-antenna techniques, including a differential method, linear dispersion codes, and multi-user methods. He has thirty-seven patents and ninety-five publications, and is currently working on wideband radio-frequency circuits, fifth-generation (5G) cellular technologies, and methods to reduce human exposure to electromagnetic radiation from portable wireless devices. In 2006, he received the Stephen O. Rice Prize for the best paper published in the IEEE Transactions on Communications. He was listed as a Thomson Reuters Most Influential Scientific Mind in 2014 and 2015. He is a Fellow of the IEEE. Thomas Marzetta is Group Leader of Large Scale Antenna Systems at Bell Labs, Alcatel-Lucent within the Network Energy Program, and Co-Head of the FutureX Massive MIMO project. Dr. Marzetta was born in Washington, D.C. He received the PhD and SB in Electrical Engineering from Massachusetts Institute of Technology in 1978 and 1972, and the MS in Systems Engineering from University of Pennsylvania in 1973. He worked for Schlumberger-Doll Research in petroleum exploration and for Nichols Research Corporation in defense research before joining Bell Labs in 1995 where he served as the Director of the Communications and Statistical Sciences Department within the former Math Center. He is the originator of Massive MIMO.

Dr. Marzetta is on the Advisory Board of MAMMOET (Massive MIMO for Efficient Transmission), an EUsponsored FP7 project, and he was Coordinator of the GreenTouch Consortium’s Large Scale Antenna Systems Project. For his achievements in Massive MIMO he has received the 2015 IEEE W. R. G. Baker Award, the 2015 IEEE Stephen O. Rice Prize, and the 2014 Thomas Alva Edison Patent Award, among others. He was elected a Fellow of the IEEE in 2003, and he became a Bell Labs Fellow in 2014. In May 2015 he received an Honorary Doctorate from Linköping University. 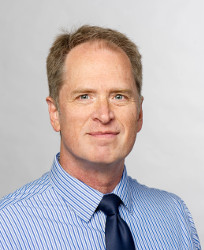 A. Lee Swindlehurst received the B.S., summa cum laude, and M.S. degrees in Electrical Engineering from Brigham Young University, Provo, Utah, in 1985 and 1986, respectively, and the PhD degree in Electrical Engineering from Stanford University in 1991. From 1986-1990, he was employed at ESL, Inc., of Sunnyvale, CA, where he was involved in the design of algorithms and architectures for several radar and sonar signal processing systems. He was on the faculty of the Department of Electrical and Computer Engineering at Brigham Young University from 1990-2007, where he was a Full Professor and served as Department Chair from 2003-2006. During 1996-1997, he held a joint appointment as a visiting scholar at both Uppsala University, Uppsala, Sweden, and at the Royal Institute of Technology, Stockholm, Sweden. From 2006-07, he was on leave working as Vice President of Research for ArrayComm LLC in San Jose, California.

He is currently the Associate Dean for Research and Graduate Studies in the Henry Samueli School of Engineering at the University of California Irvine (UCI), a Professor of the Electrical Engineering and Computer Science Department at UCI, and a Hans Fischer Senior Fellow in the Institute for Advanced Studies at the Technical University of Munich. His research interests include sensor array signal processing for radar and wireless communications, detection and estimation theory, and system identification, and he has over 250 publications in these areas.